We’re in maintenance, apologies for the inconvenience.

Pictures might not be the right ones.
Les images peuvent être erronées.
27/02/2021 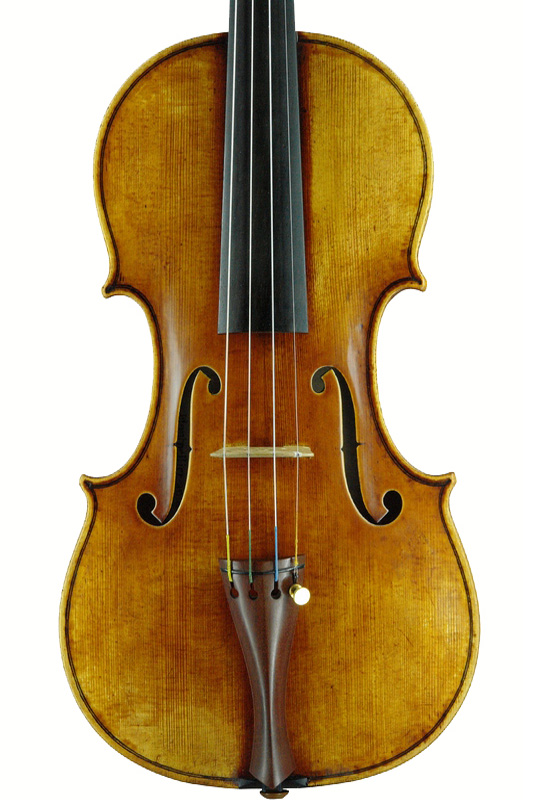 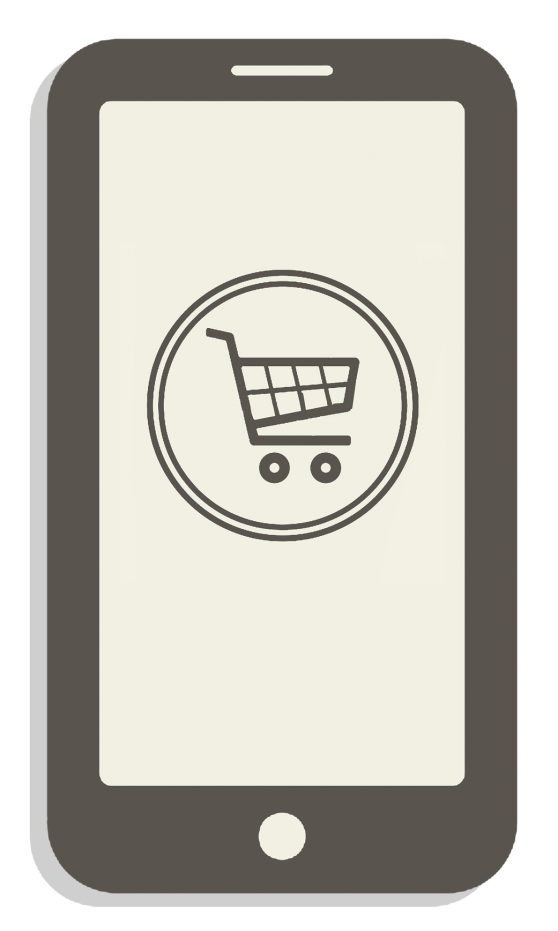 As a trained scientist, intented to become an optician like his father, Yann Poulain is a methodical rational. Passionate about brick games in his early childhood, he then developed his first constructions. At the age of reason, he builds them with the means at hands, in the garden of the family home.

Thus, he became passionate for woodworking… Being the grandson of an amateur violinist, Yann also studied the architecture of his grandfather’s instrument with increasing interest… Until he ordered order his first set and a few gouges for his thirteenth Christmas. 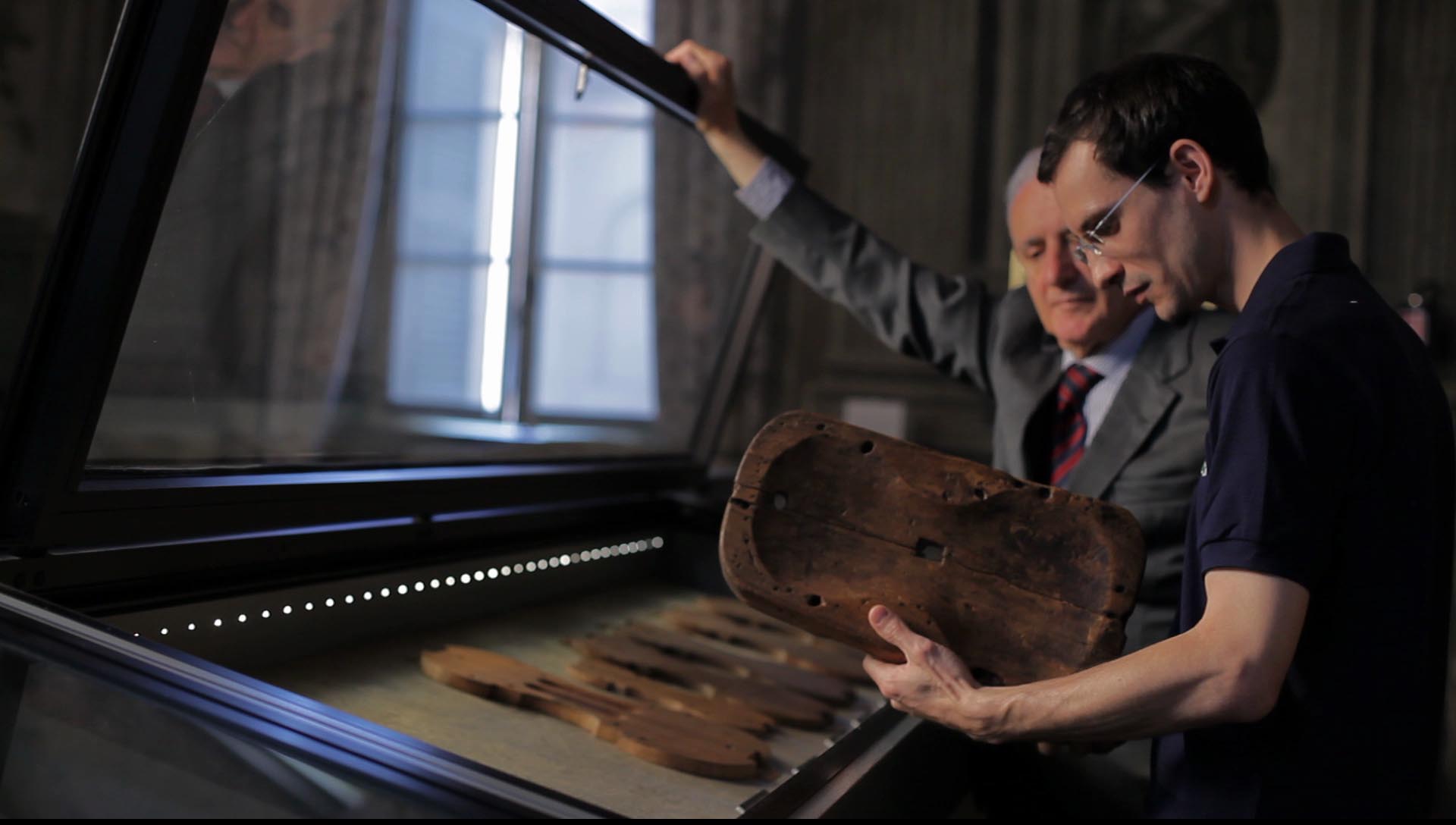 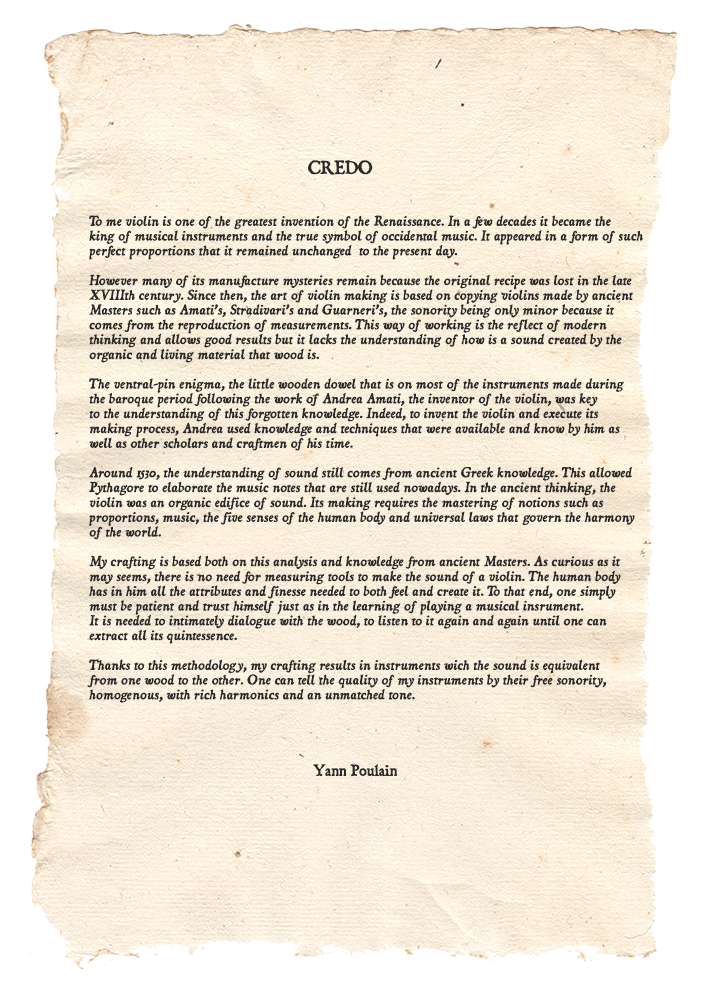 To me violin is one of the greatest invention of the Renaissance. In a few decades it became the king of musical instruments and the true symbol of occidental music. It appeared in a form of such perfect proportions that it remained unchanged  to the present day.

However many of its manufacture mysteries remain because the original recipe was lost in the late XVIIIth century.

The luthier Yann Poulain’s workshop is located in the heart of the Montpellier old town, on the ground floor of a 14th century building in the Ste Anne district.  It is located precisely at 32 rue de l’Amandier. St Anne being the oldest district of Montpellier.

There are many doors decorated with sculptures such as sheep, dragons and other chimeras from the medieval imagination. At the top of the hill is the Church of St. Anne. Culminating at more than 69m, its bell tower is nicknamed the « Glaive de Montpellier ».   Nowadays it’s the « Carré St Anne » exhibition centre of contemporary art. It is in this room full of history, conducive to inspiration, that Yann spends most of his time creating. 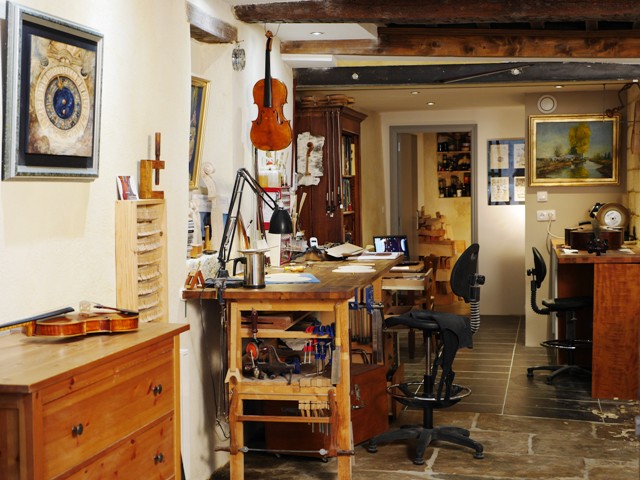